What is Man’s Chief End? 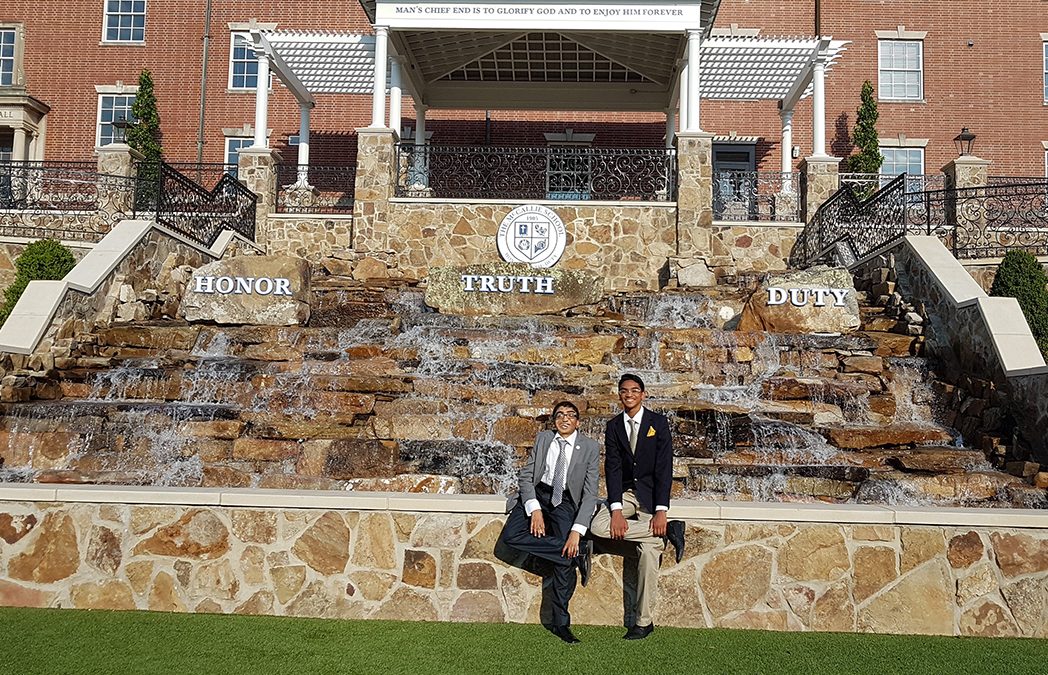 To the students of the 2019-2020 school year, you may have heard the Westminster Catechism before, which is also the motto of The McCallie School – “Man’s chief end is to glorify God and enjoy Him forever.”

My firstborn son, Philip, graduated from the school on May 19, 2019.  He spent seven years on this campus and was greatly influenced by faculty and peers alike.

He told us that as he walked across the stage,when his name was called to received his high school diploma, a question came to his mind. 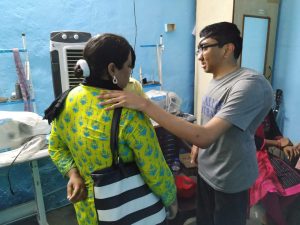 Philip encouraging and praying for ladies in Project Butterfly Center.

Philip made a decision to defer his admission to Lee University for one year.  He would take the year to travel with his dad for the organization Love Without Reason.

He would take the year to seek God and identify the purpose for his life.

Within a month, Philip and his dad, Santhosh, flew to India.  Philip walked into Mumbai’s red light area, played his guitar and told his ‘sisters’ in the LWR initiative, Project Butterfly, that no matter what their past, God loves them, and has a plan for their lives.

He traveled to Bangalore, India and visited Aster CMI Hospital to meet patients who had received free facial surgery through LWR.  He held children like baby Hope, in his arms and whispered in their ears, “You will do greater things than I ever will do.” 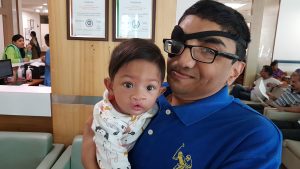 He went to Dubai and took the opportunity to encourage the administration of Aster Hospitals to broaden the partnership with LWR.  “With the help of my parents and the LWR team, we can make a greater impact on suffering children in our world.”  He renewed friendships and took time to share the Blessed Hope in his heart with many people.

He flew to Zimbabwe, Africa and met the Registrar of the Health Ministry.  Only with her approval can any humanitarian organization bring aid into the country.  She welcomed LWR and Philip.  He spoke in religious and secular settings.  His words pointed to a God who loves to take the broken, discarded and looked-over, and reshape them into something beautiful.

In July, Philip spoke to a crowd of a thousand young people during PCNAK conference in Miami.  He stretched his hands out in prayer, rebuking the power of depression and calling out the generation that would ‘Go and do what you were created and purposed to do by God.

He gave away his college savings to pay for his siblings and his own tickets for the LWR mission to Zimbabwe.  While there, he prayed for the mothers of the children waiting for their surgery.  He encouraged them, “I could make it through 24 surgeries, and your baby will come out of this great, too.”  He  jumped on board the idea for LWR’s first back-to-back mission to Kenya and Zimbabwe.  It was planned for February 2020.  No one knew it, but the August 2019 mission to Zimbabwe was the final mission to Africa for Philip. 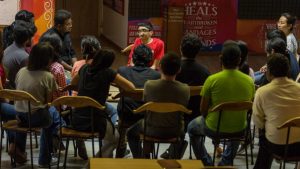 In September, Philip worked to prepare for the annual 5KRun4Love by spreading the word, speaking on local news channels to promote the event and “Craniofacial Acceptance Month.”  He cheered on his brother and all the runners.  He celebrated the Open House event for LWR’s first office.  He became a working man, making phone calls, writing emails, and visiting potential clients.  He met the craniofacial team at Vanderbilt, and boldly shared his story with them.  His planned facial reconstruction surgery was set for October 24, 2019.  But instead, Philip had to have emergency surgery on his belly on October 9, 2019.  He went home to be with his Lord on October 22, 2019.

What is man’s chief end?  Philip read it all over his school campus for seven years.  He spent 19 years living it out, glorifying his God in the smallest of opportunities.  And now, he is enjoying him for eternity.

I challenge you, class of 2020.  Know your chief end.  Know your purpose.  While the acceptance letter to your college of choice is wonderful, and the making of money and saving of the 401k is great, and the pleasures of life are essential, there is one chief end.   Let us get to that place to enjoy Him forever.

Congratulations to the Class of 2020!