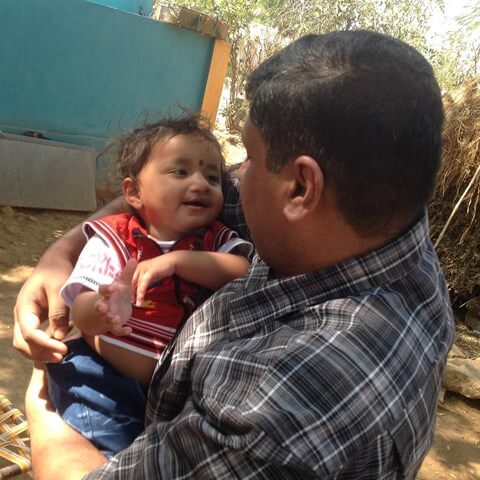 Seated on a couch one December afternoon in 2006, feeling sorry for myself for having lost a great job, I began to question God. What is the purpose of my life? Why do I even exist? I am a failure and a shame to my family and to my community. Why am I alive? The easiest thing would be to just end it right here…

The questions were endless as I flipped through the channels on our TV looking for an answer. Suddenly I saw a familiar sight – A little girl with a cleft lip. My channel surfing took me to one of the local TV stations airing the 700 Club. The narrator was describing the story of this 9 year old girl from Indonesia, born with a cleft lip and palate.  This girl looked different, was unable to speak properly and obviously not “normal.” So she was considered an outcast or a curse because of her deformity. Apparently because of her inability to communicate she would throw tantrums when she felt that her needs were not met. During one such episode the villagers decided to teach her a lesson and tied her to a tree and took turns beating her. Soon the girl fell unconscious and was left to die. A missionary who went by that village saw the girl and took her to the hospital and treated her. The missionary also found surgeons who could repair her lip and palate.  Eventually a new home was found for her.

The before and after pictures of this “cursed” girl riveted me to my seat; because that girl could have been my own son, Philip Mathews, who was born with Goldenhar syndrome in the year 2000. Philip was born with a cleft lip, cleft palate, absent right eye and right ear, multiple holes in his heart and had many developmental problems. We were told that he would be born dead because they could not find a stomach in him. “No Hope” was what the doctors told us, “there is no hope that this baby will be born alive.” We were told to abort our child. But we held on to our faith and the Lord rewarded us with a blessed baby boy. Many miracles and more than 23 surgeries and procedures later, Philip has turned out to be an amazing young man with a powerful testimony to tell. Even with all the deformities, Philip was a blessing and the source of great joy in our family. To think that a baby like him would be considered cursed and beaten for an inability to communicate broke my heart. I remember weeping for that girl and just asking God why this was so.

Suddenly I understood my calling. In very clear terms God showed me the path that my wife and I went through over the past several years in caring for Philip and what He wanted us to do into the future. I knew instantly that my purpose and mission was to find children like Philip and this 9 year old girl from Indonesia and help them with free craniofacial surgeries and holistic care.

The story still continues through the life of our patients, partners, friends, donors and friends. Join us as we continue to write this story.