According to the UN Office on Drugs and Crime in 2018, around the globe, five were adult women for every ten trafficking victims, and two were minor girls. One-third of all victims are boys and girls, and 20 percent are adult men. According to the report, the most common form of human trafficking is sexual exploitation - an unprecedented 79 percent of trafficking cases.

In Mumbai, India, Love Without Reason began the initiative called Project Butterfly. Women in the red-light areas are empowered with education and business skills that will break a cycle of slavery in the generations. This initiative is reproducible, and the model will be expanded on a global scale. 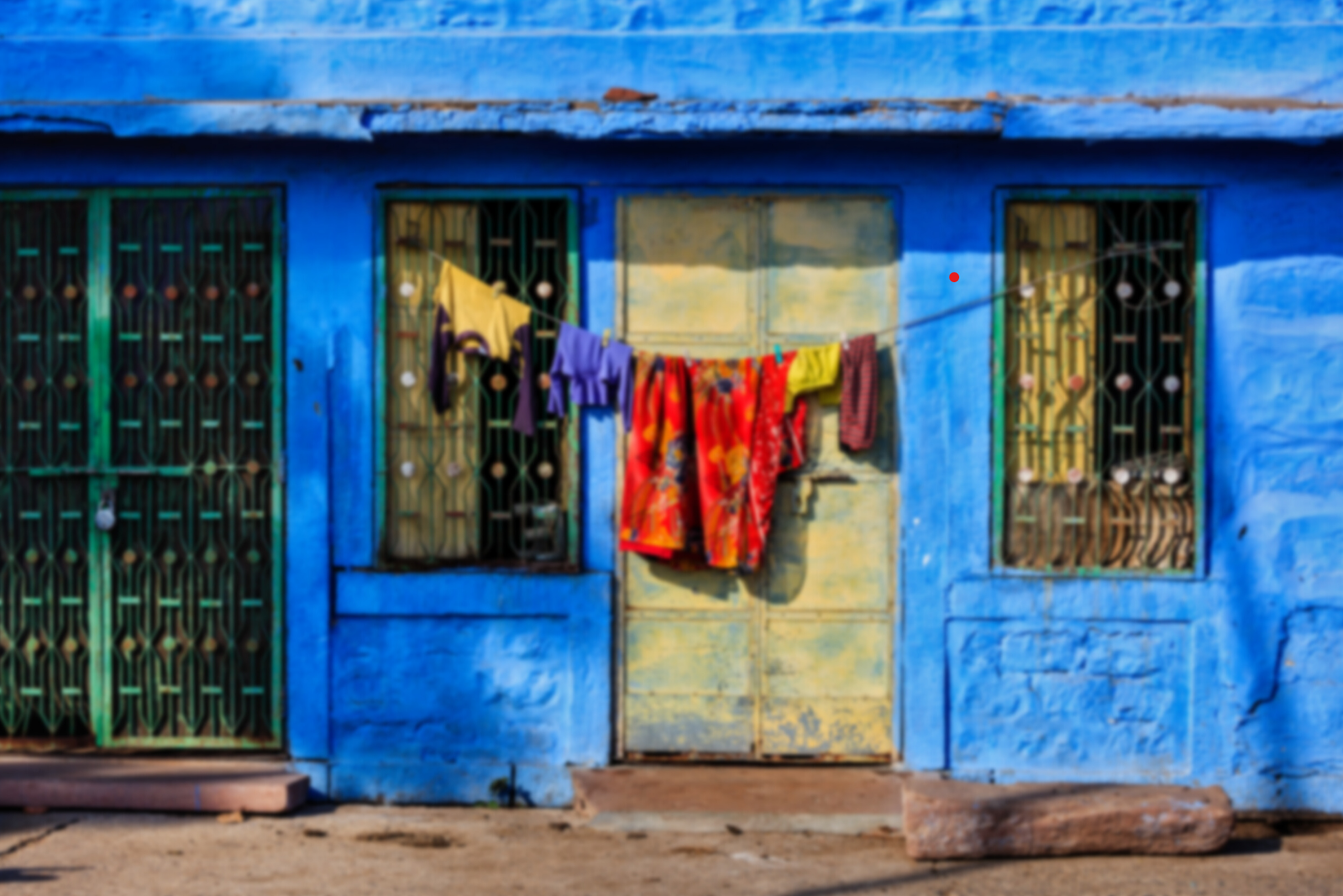 On her first visit to the red-light areas of Mumbai, Susan Mathews, co-founder of Love Without Reason, walked through the streets of Kamathipura. Though she would return many times, she could not shake the lessons learned that day. It continues to remind her that though evil exists, the effort of the good matters. No matter how big or small, our impact together is needed to overcome corruption.

Susan, walking with her team, felt the atmosphere pressing around them like a heavy blanket weighing down on them. It was as if all hope was suffocated by the surrounding sense of doom and oppression.

In the middle of that darkness, she was startled to see beautiful colorful children's dresses hanging on clothing lines outside of the small street-side shops. Susan wondered why these frilly and lacy dresses would be sold at night on the street while no other children's shops were open.

That first trip was soon filled with Susan listening and learning as women shared story after story. And then she understood the truth behind the hanging dresses. They were really the beginning of the next cycle of slavery, continued with every child's birth in the red-light district.

Women and children sold into sex trafficking networks will inevitably become pregnant. In fact, most "pimps" encourage women to become pregnant. Pimps prey on the natural desire that they see for a mother to do anything to protect and feed her child. Exploiting this maternal instinct makes their job easier and more profitable. Suddenly, innocent children become collateral that can be threatened with harm if the women hinder the business of the sex trade.

Susan vividly describes her experience walking through apartment-like structures where the women were housed. She was alarmed to see little children under the bed sleeping on the floor. Susan quickly learned from the host that this was also where the mothers "worked."

To protect their children and make sure they slept, the mothers would give their children drugs. In some cases, children have been raped by the customer. With the drugs, the children were hidden and quiet.

Susan learned more and more as she saw the rampant lack of respect for life. Each visit inspires her of the critical need for Love Without Reason. Their work creating awareness and providing education is a vital part of human trafficking prevention. Through Project Butterfly, Susan sees her work in red-light areas in Mumbai as taking down a little dress and breaking the cycle of slavery. No longer do mothers live with no options. Project Butterfly education and recovery initiatives start with leadership, literacy, and building self-confidence. Women experience sustainable recovery. Through microloans and learning new business skills, they begin to provide for their children.

Will You Help Me?

“Where are his parents?” Susan said this was the first thing that popped into her mind. She had spotted a young man running from car to car in the middle of Mumbai's heavy traffic. Susan got a closer look and realized that he was young enough that he should be in school on this busy weekday. But here he was balancing toys, keychains, and souvenirs in his two hands, no parents in sight, and doing his best to reach as many cars as fast as his little legs could go.

As a mother herself, Susan began to search for a parent. She couldn't imagine how this little child was possibly safe! How was it even possible that this was allowed on a busy city street?

Susan's hosts pulled up to this little man and found themselves his newest potential customers. Everyone's heart melted as his beautiful little face popped into the frame of the car window. He urgently pressed his merchandise forward with his hand, knowing his time to sell them was limited and wanting to reach the other cars. As their eyes met he motioned for Susan to buy his products. The Love Without Reason passengers could not take their eyes off this handsome little fellow. Susan’s first impulse was Let’s just give him some money? If only the solution was that simple.

Expressing her overwhelming desire to make sure she could get him off the dangerous streets and back into school, she asked the team, “Why can’t we give him money?” The hosts in Mumbai understood how everyone felt. They laid out the shocking reality that these children's lives couldn't escape by money. They explained how entrenched human traffickers and pimps had become in enslaving the children who subsisted on the street. Susan's heart sank as she learned that the parent she was looking for on the road earlier did not exist. Human traffickers and pimps claim these "runaway children'' in the court system by posing to be the parents. Abruptly a child's entire future is altered. Suddenly, they are no longer children. A slave for the "parent," these children are forced into hawking trinkets on the street. The consequence for not selling? Or missing money? Severe punishment.

But that has to change. Join Love Without Reason's work to break the cycle of slavery through education and awareness. Getting the kids off the street is where Love Without Reason starts through the Project Butterfly initiative; with your support, these children are no longer at the mercy of traffickers. Through Project Butterfly, they are being fed, educated, counseled, and trained to become productive citizens.

Join a Love Without Reason medical mission and be prepared to become part of someone else's story in ways that you can never forget. Philip was impacted by what went from encounters into lifelong friendships. In fact, he includes many of those life-shifting moments in his autobiography, "If Philip Can, You Can Too."

As a parent, you conjure up every type of scenario that could potentially happen. Teenagers, not so much. In fact, every parent experiences their kiddos pushing the boundaries every day, all the time. They are wired to test us and see how far they can go; it's in their nature. However, sometimes that pushing creates a reaction that no one could imagine.

Rachel was a typical teenager. Born and raised in a city on the Eastern coast of India, she tested the boundaries with her parents. One day, walking out of her home turned into two nights spent on the street. Rachel had ended up in the heart of a bustling city alone and scared. Feeling relieved and grateful at the invitation of two strangers to join them in their home for her was just an act of needed kindness.

Rachel entered a home and woke up in a new city. In one evening, she had been drugged, sold, and loaded on a train. Waking up in Mumbai, Rachel was taken by the traffickers and sold again to a brothel. Rachel was a fighter and spent three years in a dank dungeon. She was kept from the sunlight that entire time. Why? Human trafficking is about utterly breaking a human life. Rachel was exhausted and finally became compliant with the trafficker's demands. What was their price? For months an utterly shattered, helpless, and miserable little soul found her body every night brutally ravaged multiple times. This continued until the day her own life shifted. A young man who had been a customer was determined to fight for her to become his wife. His determination became a ray of hope. Rachel was freed to start her own life and family with him after incredible courage and perseverance.

Philip, who is the inspiration behind Love Without Reason, actually met Rachel during a Love Without Reason outreach trip. He could never forget her story. His friendships with Rachel and so many other families grew with each visit to India. With Rachel's permission, Philip would often share her story with others who felt like an empty shell trapped in a life of slavery -like Rachel. Rachel's story becomes their ray of hope.

It is special indeed to watch as Rachel continues Philip's desire to help others. Today, Rachel is one of the biggest advocates for awareness and prevention of human trafficking of youth. She now shares her own story with young women of all ages in Mumbai. The Project Butterfly center is a place where women experience life-shifting moments. Working with those who advocate providing education and reintegration into society is truly transformational. The women find incredible courage and perseverance because they want to be free like Rachel.