Human trafficking is a form of modern-day slavery. A trafficker uses force, fraud or coercion to control another person for the purpose of engaging in commercial sex acts or soliciting labor or services against his/her will. 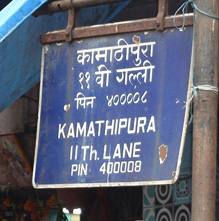 Underneath the umbrella term of human trafficking are many various ways to “traffic” an individual. One commonality among them all is the abuse of the vulnerable populations. According to the National Human Trafficking Resource Center, a commercial sex act is a sex act on account on which anything of value is given or received by any person. Our physician in South Africa relayed a story of a pregnant 14 year old young lady who presented to his clinic. She refused treatment and counseling, until she was offered food. For a coke and some chips, she agreed to the doctor’s recommendations. The agency officials quickly understood that in exchange for food, she had been bought by a man to become one of his many “wives.” Child exploitation and sex trafficking is rampant throughout the entire world. Though many choose to ignore its effects, pornography fuels sex trafficking and the exploitation of our children. If there was no demand, there would be no supply.

What can the answer be, but for a healing in the hearts of people to end the demand? That healing will be a process with education and the wisdom of addiction specialists and counselors.

It is a common sight in many streets in countries within Europe, Africa, and Asia. Elderly men and women, half-clothed boys and girls holding their palms open to the passerby on the street, begging for money.

While many generously give to those begging, the reality is the child is not the one who gains any money. Many have been trafficked by organized criminal gangs. Children with obvious birth defects or malformations are sold into these gangs to make money.

The public being made aware of what exactly happens to their donations to the poor children is necessary in order to combat child beggary. Perhaps the same motto of “if there is no demand, there will be no supply” could apply in this form of trafficking. There is a movement in Hyderabad, India to “stop child begging” by stop giving money. Shelters and hostels that provide food, housing, and education for children are available and can be one answer for reducing child beggary.

The World Health Organization in 2012 indicated that 10,000 black market operations existed throughout the world. The international demand for kidneys, which is the predominant harvested organ, is due to the increase in diabetes, hypertension and other diseases leading to kidney failure.

The vulnerable population is generally poor, uneducated, and desperate. Some of them willingly allow their organs to be harvested. While others may have been scheduled for a surgery, and in recovery discover that one or more of their organs have been harvested.

In some areas of Northern India and in Africa, the vulnerable population includes those born with facial birth defects. The reasoning of these human traffickers is that the health concerns for these children are only external, while their kidneys, and internal organs all function.

One physician remarked on the base and evil character of the medical team involved in the organ harvesting schemes. Indeed, it is unethical and immoral. However, again comes the familiar saying, “If there was no demand, there would be no supply.” The same physician counseled that healthy living, eating, exercising can help to reduce the incidence of kidney failure, which would impact those selling and purchasing organs on the black market. Raising the public’s awareness of these cruel and violent crimes to the vulnerable populations, should in effect also drive the work to protect the vulnerable.